Who is a real Guru and who is not?

“Once Sri Chandrasekhara Saraswati Swami of Kanchi Mutt (Sri Periva) had camped in North India. The then Prime Minister, Smt. Indira Gandhi, came to have His darshan.

The Prime Minister of India placed a similar question in front of Sri Periva, “If you would pinpoint the persons who, in the name of spirituality, lead the people in a wrong way I will take action against them.”

Sri Periva laughed and said, “No! It should not be handled in this manner. Those who approach such fake swamis will themselves, after a time, understand their standard of maturity.”

Sri Periva knew that this reply did not satisfy Smt. Indira Gandhi. Someone had offered a basket full of mangoes to Periva. It contained many unripe and a few ripe fruits.

Many devotees waited outside for Sri Periva’s darshan. Sri Periva instructed the attendants to bring a child from amongst these devotees. A child of about 5 years was brought to Him. Pointing to the basket Periva smilingly said to the child, “Take whatever you want.” After a search the child picked up a ripe fruit.

Sri Periva pointed out to Smt.Indira Gandhi who was watching this, “Just as the way a child knows what is ripe and what is unripe, so too would those who go out in search of Truth recognize a true Mahan at some point of their life.”
Posted at 9:45 AM 3 comments

Importance of Sanatana Dharma - our culture 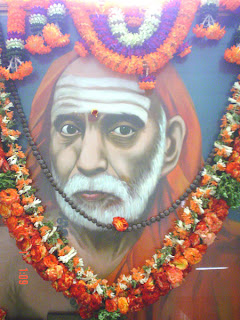 In western countries the children are not exposed to other cultures easily. Whereas it has been a misfortune that the schools started during the britishers rules brought about a change where our culture lost its authenticity and exposure with our children..

Thinking about the welfare of our children we could not help them develop our culture during their study period, and this led to our children loosing faith in our culture.

The very nuance is lost about the perceptiveness this led them to think they can handle it the way they think is right and have started ridiculing it saying there is no proof to any of these blind belief faiths.

How do we help our children to have faith and appreciation for our culture?

We have to inculcate a pride in our faith and culture; we have to set examples by following our culture, and there by teach the honest approach of life. The true life of purity and practical experience enlightened by our age old Rishis in the granthas should be imparted to the young mind, and show the only way to enlightenment is to follow these which are very proficient and superior.

Global development and enlistment of community and the peace of soul were the intrinsic worth imparted by our great rishis should reach the present children, raise their awareness to rise above the present luxurious existence and look into our age old customs to improve the quality of their life in future.
Posted at 9:45 AM 0 comments

Here are the ten commandments (दशोपदेशं) laid down by Sri Maha Periva.

1. One of our duties as human beings is to avail ourselves of every opportunity to do good to others. The poor can serve others by their loyal work to the country and the rich by their wealth to help the poor. Those who are influential can use their influence to better the condition of the lowly. That way we can keep alive in our hearts a sense of social service
2. Man by himself cannot create even a blade of grass. We will be guilty of gross ingratitude if we do not offer first to God what we eat or wear – only the best and choicest should be offered to Him.
3. Life without love is a waste. Everyone should cultivate “Prema” or love towards all human beings, bird and beast.
4. Wealth amassed by a person whose heart is closed to charity, is generally dissipated by the inheritors: but the family of philanthropists will always be blessed with happiness.
5. A person who has done a meritorious deed will lose the resulting merit if he listens to the praise of others or himself boasts of his deeds.
6. It will do not good to grieve over what has happened. If we learn to discriminate between good and evil, that will guard us from falling into the evil again.
7. We should utilise to good purpose, the days of our life-time. We should engage ourselves in acts which will contribute to the welfare of others rather than to our selfish desires.
8. We should perform duties that have been prescribed for our daily life and also be filled with devotion to God.
9. One attains one’s goal by performance of one’s duties.
10. Jnana is the only solvent of our troubles and sufferings. 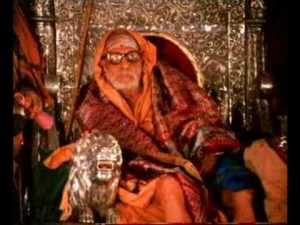 This blog is launched on the auspicious day of 28th Jan 2011, on which day the Kumbabishekam of Periva Mani Mandapam was performed at Orikkai, Kanchipuram.

I strongly believe it is the wish and blessings of Sri Maha Periva himself that this blog is now given life, since the idea stuck on all of a sudden - like a lightning. I pray unto Him, Sri Maha Periva, to give us more strength in taking this forward and enable us to continue posting for years together.

More details of the Mani Mandapam is available at www.manimantapam.org
Posted at 9:45 AM 1 comments