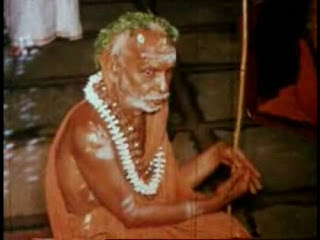 It is the winding and whirling up that gave it the name of ‘KuNDalinI’. When a snake sleeps it winds and whirls up. In fact all animals do it. They don’t stretch their limbs and sleep. Some winding up will be there.

But it is the snake that winds up totally in the form of a kunDala (ear ornament).The parAShakti whose power is infinite, exhibits Herself in each of us only a fragment of a fragment. All the remaining power of the parAShakti is the sleeping KuNDalinI.