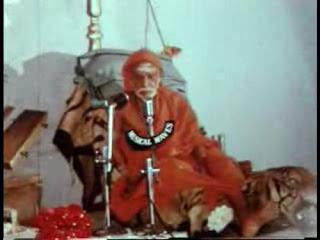 
In the next shloka (# 11), the ShrI Chakram (also called the Shri YantraM) is described. The very mention of ‘ShrI VidyA pUjA’ implies the pUjA of ShrI Chakram. Every deity has a YantraM exclusively associated with it. But those who do Shiva pUjA and or VishNu pUjA do not usually keep the corresponding YantraMs in the pUjA. Maybe in temples under the various altars of the deities the corresponding YantraMs would have been formally installed.

But in households where Shiva or VishNu pUja is done only the BANa lingam or the SalagrAmam is kept, but not the YantraM. In the panchAyatana pUjA which includes worship of ambaaL one keeps the stone called ‘svarNa-rekhA-ShilA’. But when you worship ambaal alone, you don’t keep that ‘ShilA’. Only ShrI Chakram is kept. In some places along with the Chakram, an image with hands and feet may also be kept.