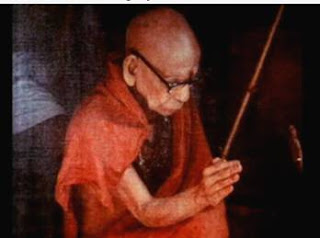 Together with it we talk of six AvaraNas. Outside of these six AvaraNas and forty-four triangles, there are three rounds or corridors. They constitute three more AvaraNas and thus we have nine AvaraNas in all. You would have heard of Dikshidar’s ‘nava-AvaraNa’ Compositions in music.

The ShAstras describe and enunciate who lives in what AvaraNa, what is the principle involved, who is the adhi-devatA, what kind of anugraha (Grace) they can bestow, what mudrA is to be shown to them and so on. The compositions of Dikshidar go through all this in brief.