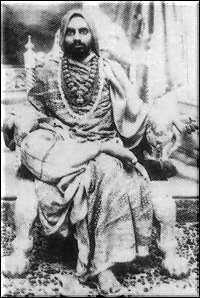 But the puja done in the temples is for the whole of society and therefore, there is so much of fanfare, and sounding of musical instruments and singing of auspicious tunes; the deity is taken out in a procession during festival days and there is display of fireworks.

The reason for quietness and silence in the temples of other religions is this.

In other religions, they just have a big prayer hall. People assemble at appointed times, and they offer prayers. They sing some hymns, mentally or in chorus.

After that, everything is over, and people disperse. They just close their eyes for a few minutes, pray for some time, get some peace of mind and then disperse.

There is no such thing as abhisheka of the idol, alankara or decoration of the idol, karpuraharati, dhupa, deepaharati, naivedyam, distribution of prasadam, etc. in other temples.

There are various upacharas, which are also offerings to the deity. There is also scope for singing of prayers, hymns, silent meditation and so on. (Continued..)