Maha Periva's words on The Vedas 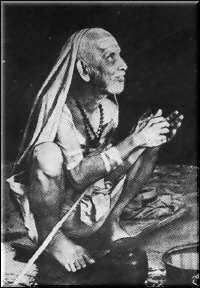 The Vedas consist of hymns, thousands and thousands of them. They represent an ocean to which countless Sages have contributed, going back to a period when there was only the spoken language and no script.

The hymns of the Vedas represent thoughts and revelations that came to the Sages of yore during their meditations. These revelations were in the form of hymns, which the Sages transmitted to their disciples. Thus it was that they were passed from generation to generation.

For centuries, all this happened entirely by word of mouth. The written version came much later. Thus the growth of the Vedas is like a series of small streams joining to form tributaries that feed big rivers, the rivers all finally merging into the ocean. This analogy is very apt, because the water that the streams get is from the rain, whose source is really the ocean.

The first is that the Vedas exist in the form of chants, and the sound aspect is therefore very important. The Vedic hymns must be chanted properly and there is a spiritual significance to the chant, which the late Paramacharya of Kanchi explains as follows:

Vedas must be chanted with grandeur so that the sound can be properly heard. Vedic Mantras not only produce beneficial vibrations in the pulse of the one who chants them properly, but also similar vibrations in those who may hear them. Since it is spread in the atmosphere, it ensures wellbeing here and hereafter.

The outstanding feature of the Vedas lies in the fact that the sound of the Mantras by itself when chanted has a meaning, apart from the words themselves, which too are pregnant with significance.

The sound aspect has been preserved from very ancient times and that is something remarkable. The sound aspect is linked intimately to the words, and the two, namely the sound and the word together have been so intertwined that over time, Vedic hymns have defied corruption and mutation. This is an important point and needs some reflection.
Posted at 9:45 AM