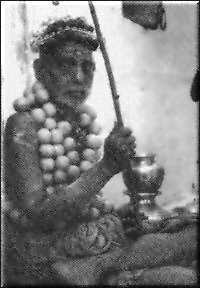 The work “Viveka-chUDAmaNi” is also called “AtmAnAtma-viveka-chUDAmaNi”. As soon as the mangalAcharaNaM shloka – that is, the verse of benediction in the beginning of a work – is over, the text begins with the topic of SAdhanA path.

There he talks about the performance of routine as per vaidika dharma, then scholarship in the vedas -- these two being common to all paths – and then he mentions just one thing, namely “AtmAnAtma-vivechanaM” which is the route for the JnAna pathfinder and then goes to talk about svAnubhUti (Personal experience) and Mukti (moksha).

Later in the book the Acharya defines, at the highest level, the concept of ‘viveka’ (discrimination) that decides between the permanent and the impermanent.

It means: Brahman is the only Reality. The Universe is mithyA, that is, it may appear real but will become unreal; such a firm conviction is what has been well declared as nitya-anitya-vastu vivekaM.” Who has made the declaration? The Vedas. The authority to declare such Truths is that of the Vedas only. The Acharya follows that tradition and so even if he does not say “in the Vedas” he knows people will understand it that way.