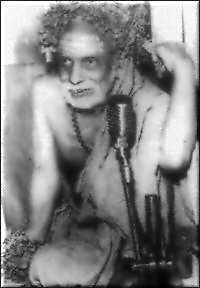 We saw that the Acharyal has given the definition of ‘vairAgyaM’ as *darshana-shravaN- AdibhiH jugupsA*, that is, “a distaste for all that is seen and all that is heard”. He thus talks about two things ‘seen’ and ‘heard’.

Recall that Lord Krishna also mentions (in II – 52) two things *shrotavyasya shrutasya ca* -- that which is to be heard and that which has been heard.

All the nonsensical things that we have heard and stored up in our memory constitute those that have been ‘heard’. Further those about which we are dead curious and itching to know – ‘I should know about that and about this’ – these are the ones ‘to be heard’. From both of these we should get ‘nirvedaM’ – is what the Lord is saying (in II – 52). When the Acharyal writes the Bhashya for this he interprets ‘nirvedaM’ as ‘vairAgyaM’.

The Lord says here that when the intellect which has been totally tainted because of its being immersed in the gutter of delusion comes out of that gutter, then one gets vairAgyaM in whatever that is heard or whatever is to be heard.

The point of taintedness by delusion is explicitly named by the Acharya as “the confusion of the intellect in discriminating between Atman and anAtman”. That is what was listed as number one in chatushhTayaM. The next one is vairAgyaM. The Lord also lists them in the same order in this shloka.

vairAgyaM is the absence of ‘rAga’, that is, desire. One who has vairAgyaM is VairAgi, also BairAgi. The bairAgi homeless renuciates of north India are so called because they are VairAgis. In other words we have been equating sannyAsa with vairAgyaM.

One who has renounced rAga is VairAgi. One who is subject to rAgas (desires) is rAgi. He who has rAga is rAgi. Such desire-prompted individuals are called ‘kAmayamAnaH’ in the Upanishad (Br.U. IV-4-6). Desires actually destroy a person; so the Upanishads speak of him as ‘kAma-hataH’ (Tait. U. II – 8; Br. U. IV-3-33). Analogously, he who is not subject to desires is called ‘akAmayamAnaH’ or ‘akAma-hataH’.

Usually we interpret ‘rAga’ and ‘kAma’ both as ‘desire’ and identify them. But there is a subtle difference between the two. At one place in the Gita (VII – 11) Bhagavan says *kAma-rAga-vivarjitaM*, to mean ‘without kAma and rAga’. This shows that ‘kAma’ and ‘rAga’ are two different things. What is the difference? These are the subtle situations where our Acharyal by his extraordinary intelligence helps us with explainations.

“ ‘Kama’ is the thirst or ‘tRshhNA’ in objects not yet attained; ‘rAga’ is the attachment in objects already attained” – thus does the Acharya distinguish the two. We shall not need this minute distinction here. Let us take both ‘kAma’ and ‘rAga’ to mean the same thing, desire.