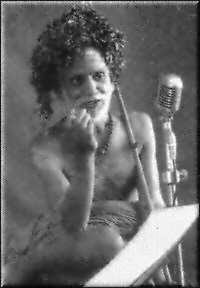 It is in such a land of ours we have modern Sannyasis who say they cannot remain without coffee or ovaltine! And if you ask, they may say: “We are ati-varNAshramis, who are above the Sannyasi level; as that low-caste woman said, we know what to do and what not to do”

Instead of showing off like this, if one wants to be really in possession of Atma-jnAna, the one single thing very, very necessary, is vairAgyaM. It is said (e.g., in Jabala Upanishad IV and other Sannyasa Upanishads) that when that vairAgyaM has been acquired, then that very day one can leave home as a Sannyasi -- *yad-ahareva virajet tadahareva pravrajet*.

But one should not leave home or karma in disgust of the present life not giving any permanent happiness. Such a thing will turn out to be dry. The disgust about the present impermanent life should be accompanied by the thought about the permanent bliss of the Atman. Then only it will turn out to be a right SAdhanA and in turn lead to everlasting bliss. Once the Realisation is reached, the disgust also will disappear and everything will be full of Love.

In other words it is in association with the comprehension (vivekaM) of the syndrome of the permanent and the impermanent that one should practise vairAgyaM. Neither vairAgyaM without that vivekaM nor vivekaM without the vairAgyaM will suffice. They have to combine.

To get that dispassion is the first step of the spiritual ascent. That is why ‘AparokshAnubhUti’ gives importance to vairAgyam and classifies vairAgyaM as the first step. In ‘VivekachUDAmani’ also *mokshhasya prathamo hetuH* (Verse 69/ Verse 70 in another reading) – An extreme vairAgya in things impermanent is the first cause for Moksha – thus combining the two in a symbiotic way.

Thus these constitute the first two of SAdhanA-chatushhTayaM.