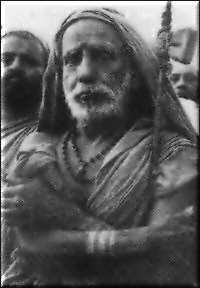 Another way of looking at it is to say that by proper discrimination he discarded the five koshas as impermanent and finally got to know that the Atman is the only Permanent entity.

In other words, what is circumscribed, what is related, what is limited, what is destroyed, all these are material entities. So the “neti, neti” analysis means to pick out the impermanent entitites of the world, discard them as such, and hold on to the Permanent entity, Atman. “anyat ArtaM” – “all others are having an end” .

In other words, except the Atman, everything else without exception meet their end. This idea coming again and again in BrihadAranyaka Upanishad mantras is to distinguish the Nitya-vastu (Permanent One) from the anityas (the impermanents).

Right in the beginning of His Gitopadesha, Bhagavan makes it clear: Atman is the only Permanent entity. The body from the killing of which Arjuna retreats, is nothing but ephemeral (anitya). All experiences of the body come and go: *AgamApAyinaH anityAH*. That which is permanent, immeasurable is only the Atman : *nityasyoktAH sharIriNaH anAshinaH aprameyasya*, thus runs his elaboration.

Later *anityam asukhaM lokaM imaM prApya bhajasva mAM* (IX – 33) -- you have obtained a life in this impermanent miserable world; in order to get out of this, worship Me, says He. What does He mean by ‘Me’? He is the Atman, He is the Brahman. *ahamAtma guDHAkeshaH sarva-bhUtAshayaH sthitaH* (X – 20) [I am established as the indweller in the hearts of all beings]: this is His own statement. So worshipping Him means only the meditation on the Self. The sum and substance of what He says is: “In this world everything is impermanent; hold on to the Atman”.

The thirteenth chapter of the Gita is called ‘kshhetra- kshhetrajn~a vibhAga-yogaM’. It is the yoga that distinguishes the body that is the ‘kshhetra’ and the conscious Atman inside that is known as ‘kshetrajn~a’. This kshetra-kshetrajn~a yoga is nothing but the discrimination between the permanent and the ephemeral. When the Lord defines (XIII– 5, 6) ‘kshhetra’ as made up of the five elements, senses, the objects that senses run after, desire (icchA), hate (dveshhaM), happiness and misery, etc., he is actually dissecting all those that are impermanent.

In the same way, he shows the Permanent One as the kshhetrajn~a. It is clear from his further statements: “It exists in all the universes enveloping them all; without and within all beings, moving and unmoving, near and far away is that”. (XIII – 13,, 15). Then as He goes along distinguishing kshhetra and kshhetrajn~a, Bhagavan says: “He who knows the distinction between prakRRiti and purusha does not have another birth” (XIII – 23). In other words, such a person attains moksha, says He.