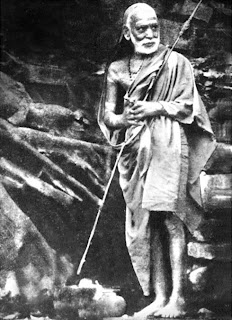 (Continued...)
Once there was  a king. An ordinary commoner was told by him, on an important mission,  to come and see him in his camp. But the commoner entreated the king to give him some kind of an authentification, like a ring or something, which would gain him the entry to the kingís presence when he presented himself at the camp. The king gave him such a ring; but the ring did not have his (the king’s) seal. It had the seal of the enemy king. The commoner was perplexed. Why is  this king giving him a ring which would only  be identified as the enemy’s?

The king himself removed his doubt by saying: ‘There are so many of my own couriers and courtiers who have obtained from me my authentified ring so that they can meet me any time they like. The line of such people would be so large at any time, that you would not get anywhere near me  when you come to meet me. But if they see the seal of the enemy king in your hands they would take you to be a spy and would present you before me in no time !’