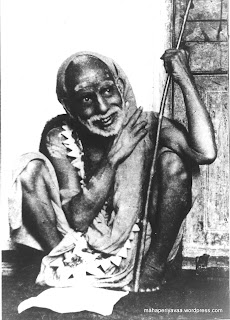 (Continued...)
At this point one is tempted to say that, in spite of the general Hindu prayer that there should be no more births, the very fact that there are offsprings is itself a shower of Her Grace.

How else can the balance of karma of jIvas be exhausted? If there was no ‘kAma’ in the world those who die with a large balance of karma would have to go unredeemed. Thus it is ambaal’s grace that there is ‘kAma’ as one of the four objectives or purposes of life.

And the scriptures come to our help by earmarking four stages of life in which one of the stages, namely, gRhastAshrama (the householder- stage) is set apart for giving vent to our legitimate desires.