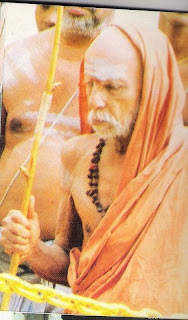 (Continued...)
There are two things:  rAga (attachment and liking); and  dvesha (hate and dislike). The former gives rise to kAma (desire) and the latter gives rise to krodha (anger). Desire and anger have to be kept in control.