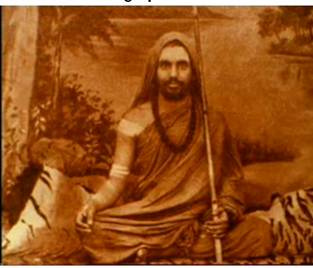 But one may question:

Why can’t these controls be also a Grace from Her feet? That is why it has been said that the mind and the five senses should merge in the lotus of Her feet as a bee gets lost inside the flower. The noose and the goad in the other two hands would then be not necessary at all to quell the Desire and Anger in the human mind.

But then, the question arises: Why four hands, instead of just two?