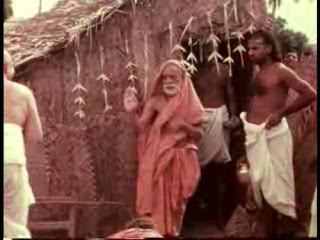 In addition to the two natural locations for Her, namely, the Ocean of Nectar and the Meru peak, one should add Her YantraM as another place of Her permanent residence. No, no, I just committed two errors. The ShrI Chakra is not just Her residence.