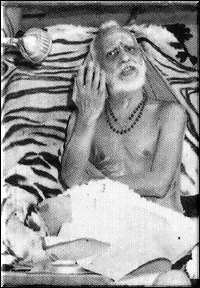 The ShrI Chakra, ShrI VidyA, ShrI MatA, ShrI puram all pertain to the devI, the Mother Goddess, LalitA-tripurasundari. The prefix ShrI is the prefix usually given for respect and has no extra connotation of Lakshmi, the Goddess of Prosperity and Wealth.

The Chakras and the mantras associated with other devatAs are distinguished by their name itself carrying the name of the devatA . as in, Shiva-Chakram, Sudarshana-YantraM, ShhaDakshhara-Chakram, etc. Only in the case of LalitA-tripurasundari, the Chakram, the YantraM are known as The Chakram, The YantraM, The Mantram.