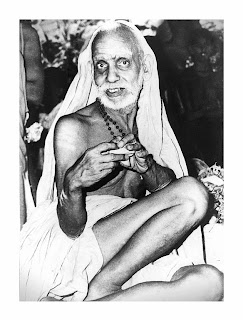 But that Shiva-sAyujya status is not so easy to obtain. And what exactly is this sAyujya? To reach the world of the ishhTa-devatA (Chosen favourite deity) and live in that world is called sAlokya-padavI. The next stage is the sAmIpya stage.

This is the stage where one lives in the beatific presence of that God. The next stage which is sArUpyam is the process of becoming that very form by continuously meditating on the form. The ultimate is the sAyujya-padavI where one becomes in essence the object of one’s adoration. This is an identity status, both in form and essence.