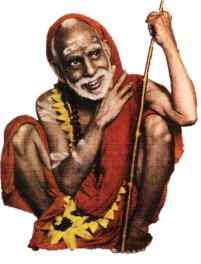 BrahmA is the Adi-kavi, the most ancient poet. The Bhagavatam refers to him in this fashion in the very first shloka. The Goddess of Learning, Sarasvati, is his Shakti. Who can therefore be a greater poet? He has composed stotras on every devatA you can imagine. All the divines usually go to him for redress of their grievances. He takes them to the concerned God, either Shiva, or Vishnu or Devi, etc. Every time he
sings praise of the particular God whom they are approaching for help. His stotra on ambaal in the work called sapta-shati is famous. But even he could not describe the beauty of ambaal as it is. The first half of shloka 12 goes as follows: