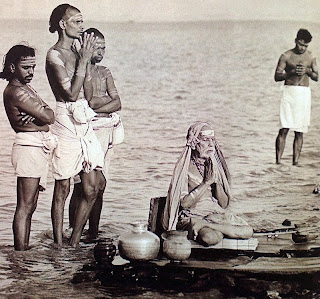 The bottomline of it all is this. It is only for Rudra there is an identity with Shiva; not for the murtis BrahmA or VishNu. Here the context is the nIrAjanaM in the form of the crowns falling at the feet of ambaa. And in this context it was not decent to bring in Shiva or Rudrain this part of Soundaryalahari where the emphasis is on philosophy and tantra.

In the later part, where there is a free licence for poetic imagination, we have instances where even Shiva falls at the feet of the Goddess, the context however being that of Love.