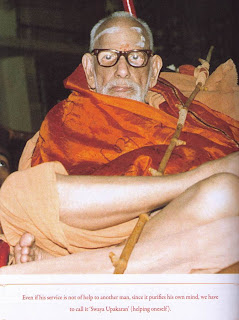 I was telling you about the non-mention of Rudra in shloka #22. And that led me on to shloka #25, which we shall scrutinise now in order to understand that, in keeping with the esoteric nature of Anandalahari,
the subtlety of the pati-patni relationship between the murtis of shiva and ambaa has not been damaged there.

For there is not even a loophole therein to bring the identity of Rudra and Shiva.