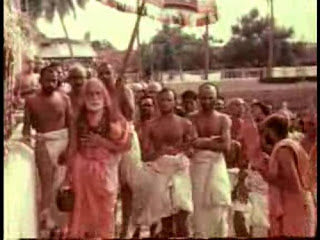 This concept of ‘being consumed by PraLaya’ needs further clarification. Though we use the word ‘Shiva’ generally, so long as He is the ‘Kameshvara’ or the attributeless ‘shivam’ He cannot be consumed by
PraLaya.