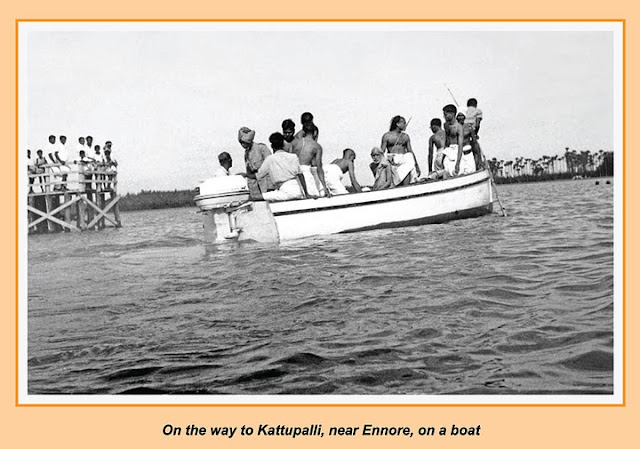 (Continued...)
So what we have learnt now is that bhakti is that which dissolves by Love the ego at the base and unifies it with the Source.

But the destination being nirguNa, there is no scope for our melting in the varied rasas (quintessences, dispositions) of quality of  Bhagavan, it turns out that the melting is in the unfragmented infinite Consciousness that transcends all qualities.

Infinite Consciousness means a living entity that is not circumscribed by definitions.

The taproot for the JIva-bhAva is the concept of I-hood. This feeling has to be dissolved in the Infinite Consciousness.

This goal of dissolution is the only thing in the mind of the seeker on the jnAna path. In fact he thinks so without recognising that that very thought is the true bhakti.

In his thinking, it is not a union with something of which we do not know a thing, nor is it a union with the void, nor is it a path towards annihilation because there is nothing to be united with.
(Continued...)
Posted at 9:45 AM