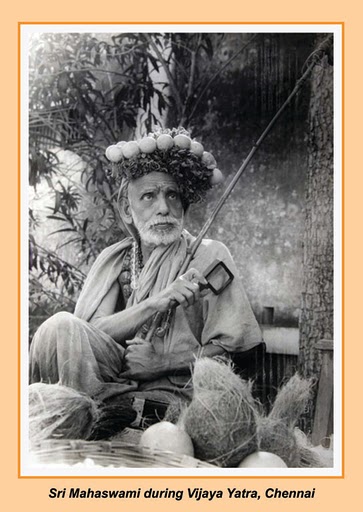 Obviously he does not give importance to insignificant controversies! Only I am making a big issue of this!

But then why did he take up the matter of UttarAyana-dakshhiNAyana and emphasize the right thing, that was contrary to general opinion?

Of course even the knowledge of that matter does not also profit you spiritually in any way.

However, by knowing it wrongly one wrongly concludes that some non-entity who dies in the uttarAyaNa period as a great soul; but even this thinking is excusable.

It is the other opinion, namely, thinking of a mahAtmA who had his final exit from the body in dakShiNAyana, as an ordinary person destined to be born again – this is certainly unwholesome and that is what made the Acharya emphasize the right thing.
(Continued...)
Posted at 9:45 AM