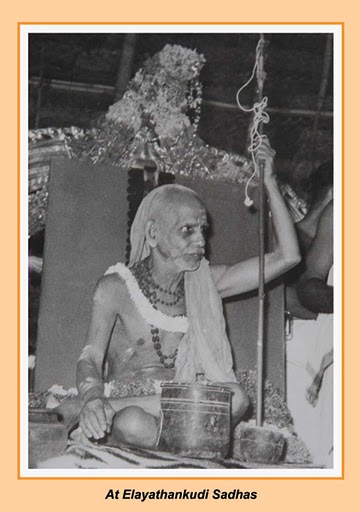 (Continued...)
We further saw how the (spiritual) heart is the seat of ego and how, if we make it the seat of bhakti, and by that very bhakti if we dissolve the ego gradually and thin it out, then it will go through the gate, the seat of Atman, in the middle of the heart and the JIva-bhAva disappears and stays as the Atman.

It was in that context, the question arose: “If the JnAni goes like this, what happens to the others? They also have their ego in the heart. If it does not go into the seat of the Atman, then where will it go?”

And thus came all the other matters in reply to this. “There are several nADis that emanate from the heart.
Among them are also those which end up in the nine gates of the body.

The mind, intellect and ego of all those whose karma-bondage has not been cut asunder will remain fat, without getting thinned out, till the last breath.
That last breath carries that heavy luggage of the antaHkaraNaM and goes out by one of those nine nADis. Later when another birth occurs, it enters that body.

Besides these nine, there is one nADi which goes to the head. Those who do not go by the jnAna path, but still have the objective of the removal of the bondage of samsAra and do the various upAsanAs, -for them the soul leaves by that head-nADi and reaches Brahma-loka.”
Posted at 9:45 AM