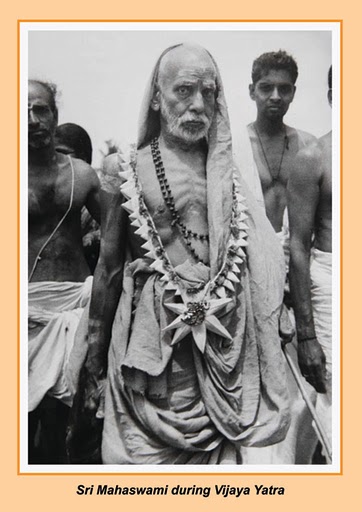 (Continued...)
When he thus wrote the Bhashyas, he did something which demonstrates his great humility.

Though he was himself an all-knowing person as also one who had the experience, he did not claim to say anything on the basis of his own experience or knowledge.

He always leaned on shAstras, tradition and the regimens of elders’ observance (*shishhTAchAra*) and the things approved by them.

“If I said things on my own authority, what guarantee is there that things will happen to others in the same way it happened to me? Only by declaring theories on one’s personal authority did the Bauddha and Jaina philosophies go wrong and it has been left to us to make the correction” – this was the thought of the Acharya and accordingly he restrained himself and made tradition do the talking.

In matters unrelated to the growth of spirituality, even when the traditional belief was not right, he thought “Let me not touch it. Once I meddle with it, that will leave the precedent for others to do the same and discipline will be lost” and thereby he spoke only in conformity with tradition and its beliefs.
[Incidentally, it is the very same approach our Paramacharya also took]