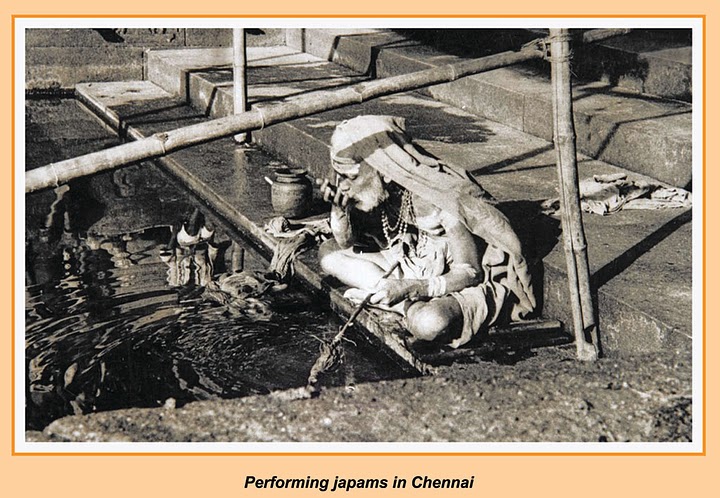 (Continued...)
It is with these thoughts, perhaps, the Acharya decided to explicitly proclaim loudly : *mokSha-kAraNa-sAmagryAM bhaktireva garIyasI*

(Among the instruments of moksha, bhakti is the most important).

I said bhakti is the union with the universal Source by the dissolution of the ego through Love.

Generally it is understood that to do exactly that with the saguNa form of that Universal Source is bhakti and that such bhakti is different from the bhakti path of the jnAna-finder.

An attitude or a disposition does not show up in all its brightness so long as it remains the same way only as an attitude, like a nail pinned to the wall.

Only when that disposition shoots forth new and newer branches and manifests in action through the JIva, does it brighten up.
(Continued...)
Posted at 9:45 AM