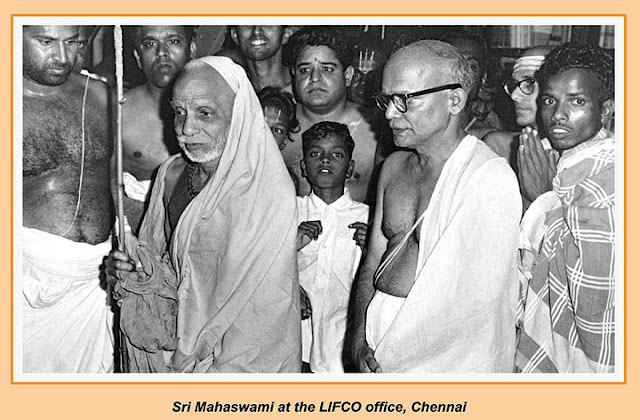 (Continued...)
Instead of any of these, his is a positive thinking, whereby the longing is to unite with the living fullness of sat-cid-AnandaM.

This is how any sAdhaka who has cared to learn the advaita-vidyA would do his SAdhanA. ‘This life has to be dissolved in That which lives’ – this very concept is Love; even if he does not recognise it as such, Love sprouts by itself.

“Such a good thing as Love – why should it be done without recognising it to be so?

Just because of the ignorance of this fact, one thinks of Brahman purely by a philosophical intellect and allows himself to be drawn away by the intellect.

It may open up the heart to show Love and by that very act close up the only route to cut asunder the root of ego that has anchored itself there”.
(Continued...)
Posted at 9:45 AM