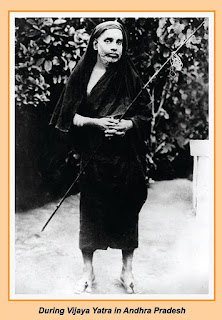 Hereafter whatever is achieved is not to be ‘earned’ as the result of effort by the SAdhanA of the JIva, but they are the solvents of the self awarded by the Grace of God.

That is why the SAdhanA-set-of-four ends with ‘mumukShutvaM’ according to the Acharya.

So what happens thereafter is not by the sAdhaka’s effort; He has nothing to earn.

They are what he has to do to sacrifice himself. They are shravaNa (listening), manana (thinking) and nidhidhyAsana (contemplation).

When we manufacture a cracker we pack tightly a lot of explosive material inside, wrap it up by decorative paper, and make it attractive from outside.

All this is done for the final purpose of lighting up the wick and explode it so that nothing remains of that cracker.

Here also the ego inside has to be exploded so that nothing remains.

In Tamil one word for cracker is ‘vANam’. The vANaM’ (that is the ego) is elaborately prepared through a SAdhanA for the final purpose of exploding it and making it ‘NirvANa!