Jnaana itself is Bhakti - Part 4 of 5 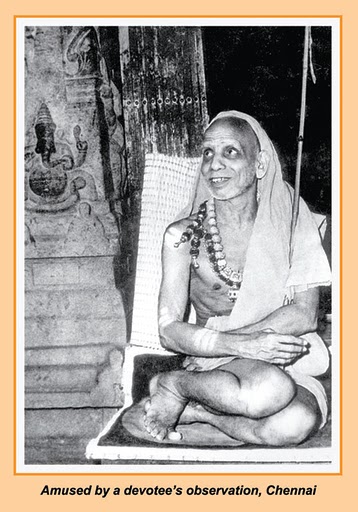 (Continued...)
But note that this statement does not come in Bhakti Yoga or about those generally termed to be bhaktas.

It comes under ‘ VibhUti Yoga’ where the Lord’s Glory and Power is declared to be manifested in the whole universe.

In short He says those who see such Godly Power and Glory in everything repose their mind and life in the Lord and revel in thinking and talking about Him.

However they are not dry philosophers, but ‘bhAva-samanvitAH’, that is, knowledgeable people (budhas) who are involved in God with Love.

In other words they are like JnAnis as described by the Acharya.

Further on when the Lord continues, He does not propose to give them Bhakti Yoga.

He specifically promises to Grace them with the path of JnAna, that is, buddhi yoga; and burn any remnants of darkness of ignorance in them by the Lamp of Wisdom (jnAna deepena).
(Continued...)
Posted at 9:45 AM