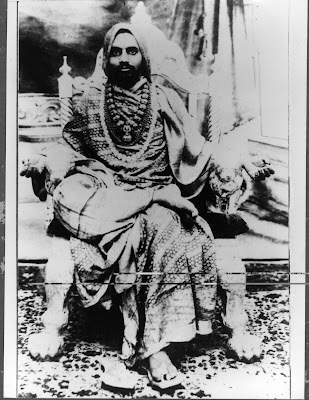 Truth is the absolute ultimate, no, it is tapas (austerity) that is ultimate. No again, it is dama (control of mind); it is only shama (control of the mind) -- and so on goes the Narayanavalli, detailing the greatness of one after the other (Mahanarayana Upanishad. Anuvaka 78).

But finally, it says: “It is none of these that is ultimate. SannyAsa is the Ultimate Principle. The Creator Brahma Himself has said so”.

When one reaches the higher rungs of the ladder of sAdhanA to know the Atman, it is possible only by the SannyAsi who has left karma behind. Atma is inaccessible by karma.

It has to be enquired into, meditated on, further meditated on, and then in due course even that meditative action has to stop – only in that stage one can know the Atman.
(Continued...)
Posted at 9:45 AM