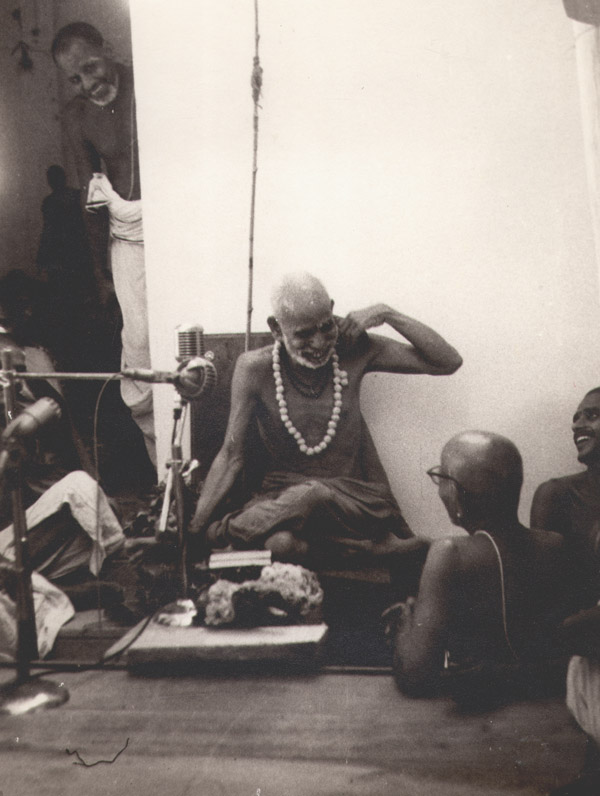 
That Guru takes care to dispense the mahAvAkya teaching only after checking the Sishya’s eligibility and after initiating him into SannyAsa.

That eligibility is nothing other than the progress, to a certain extent, in Viveka (Discrimination), VairAgya (Dispassion), shama (sense control), dama (mind control), etc. in the SadhanA-set-of-four.

The Vedas have 1180 shAkhAs (branches). Each ShAkhA has an Upanishad of its own and every Upanishad has a mahAvAkya. Though there are thus more than 1000 mahAvakyas, four of them, one for each Veda, have been held as important.

It appears from ‘Visveshvara-smRti’, which details the SannyAsa Dharma, ‘Nirnaya-sindhu’, an anthology of Dharma ShAstras, and from other authoritative sources for Dharma ShAstra, and knowledgeable tradition that at the time of SannyAsa dikshhaa (formal initiation) these four mahAvakyas are to be formally transmitted from the Guru to the initiate.

And there is also scope for the teaching of other mahAvakyas.
(Continued...)