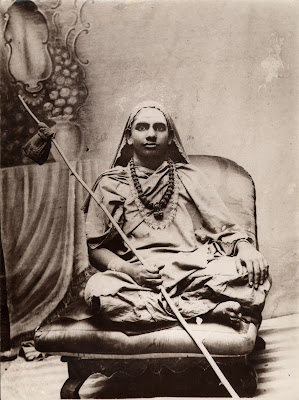 If one has to dedicate one’s life to cut this bondage, one has to get away from family, relationships, profession and even all religious obligations.

But one thing should not be forgotten. It is not as if any one can just throw away religious obligations of karma and become a sannyAsi.

The Acharya has never said so. He has ruled that such a right is there only for those whose minds have been purified.

How to purify the mind? The emphatic direction of the Acharya is to discharge all the karmic obligations systematically and without default.

The same Acharya who said that even a crore of karma cannot give you release from bondage, in his great compassionate anguish at the dim prospect of this being misused by immature people who may throw away the karmic obligations as well as their svadharma and thus destroy themselves, has, right in the next shloka, cleared this matter: