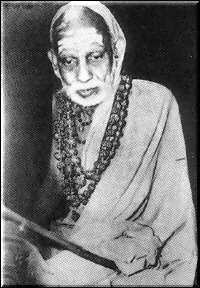 There are two categories: ‘JnAnavAn’ and ‘JnAni’.

Both are above the level of any ordinary human being.

A JnAnavAn, by learning and hearing, has convinced himself that the Atma that is called JivAtmA is nothing but Brahman itself, and is trying hard to bring that knowledge into one’s own experience.

A JnAni on the other hand has gone to that peak of realisation of that knowledge as own experience.

The JnAnavan who is making efforts to have that Brahman-realisation ‘reaches Me’, says the Lord, ‘only at the end of several births’ (*bahUnAM janmanAm ante jnAnavAn mAM prapadyate*) (Bhagavat Gita VII – 19).

Here ‘reaches Me’ means he attains the consummation of the realisation that Atman is Brahman). At another place (Bhagavat Gita VI – 45) He says: *aneka-janma-samsiddhis-tato yAti parAm gatiM* - meaning, slowly graduates to perfection only by several births.

Even this attainment of Realisation after several births happens only by His Graceful Hand that lifts us up. Otherwise the ‘bahu’ of (VII – 19) and the ‘aneka’ of (VI – 45) will be several times larger!