An introduction to Advaita 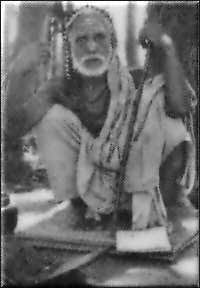 There is a Supreme Entity as the Cause for all this universe. For us also there is the same Cause. That is what created us.

We are only a finite JIvAtmA. But that is ParamAtmA, the infinite Supreme. This JIvAtmA has to go back to join that ParamAtmA. Only then this samsAra, the repetitive cycle of birth and death, the tortures to which this karma subjects us, and the unending turbulence in the mind will all end and we may reach the state of eternal happiness. It is that state which is called ‘Release’ or ‘moksha’.

Once we have reached it then there is no more death and there is an eternal peace.

‘Even Rama and Lakshmana did not go to Vaikuntha after they left this world, they have their own separate loka called ‘Saketa’; ‘Krishna has his own world of bliss, called ‘Goloka’ – thus the different schools of thought wax eloquent. Each one gives a methodology of worship and also mentions that the goal of all that Upasana is to reach that world of Infinite Bliss, to which they give separate names.