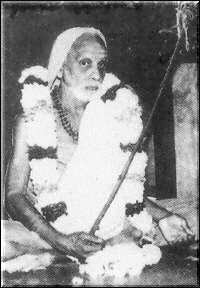 There is no such thing as the union of JIvAtmA and ParamAtmA. A union occurs only when there is more than one. Only when there are two any question of relationship between the two arises.

In truth the JIvAtmA and ParamAtmA are not two distinct entities. Atma is one and one only. It is itself by itself; other than itself there is nothing. The Self being the Self as such is what it is. That is called by the name ‘nirguna-brahman’.

However, with that Brahman as the support and at the same time hiding that very support, there appears a ‘mayic’ show, as if it is a magic show, in the form of this universe.

The movie appears on the support of the white screen. There is no show without the screen. Still that very show hides the screen itself which is its support. The screen has in no way been affected; it is still the screen and it remains as the screen.

In the case of Brahman there is an additional mystery. On one side Brahman remains as Brahman; but on the other hand, by its own MAyA shakti, it has become several individual JIvas each with a distinct inner organ (antaH-karanam).

By a proper SAdhanA if we can dispose of this antaH-karana, the JIva itself turns out to be Brahman. In other words there is no ‘union’ of two things called JIvAtmA and ParamAtmA. The one knows himself as the other. The same entity that does not know its own real nature thinks of itself as a JIva, and knows of itself as Brahman when the real nature is known.

There are no two entities. It is Brahman that has the name JIva when there is the bondage with the mind and when the bondage is thrown off, it remains by itself as itself; thus no one gets united with some one. There is no question of relationship here. Where is the question of ‘relation’ of ourselves with ourselves? It is the release from this bondage that is called moksha; so there is no place for calling it a different ‘world’ or ‘place’ of moksha. This is the bottomline of advaita.

One may wonder: ‘Dispose off the mind – we are ourselves Brahman. That is moksha’. This statement of advaita seems to make it all easy for us. All along, the other schools are saying that there is something higher than us, above our world, that is called a world of moksha; there is a ParamAtmA above us, we are only JIvAtmA, far below Him and we have to strive to reach His world. But advaita says there is no high, no low; we are ourselves that ParamAtmA and in order to reach this moksha we don’t have to ‘go’ anywhere; right here we can have that.
Posted at 9:45 AM