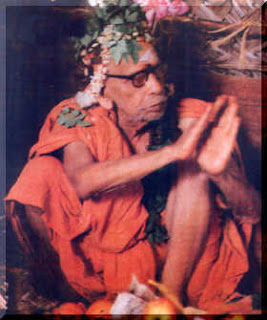 Usage distinguishes these two controls and so uses ‘shama’ for mind control and ‘dama’ for sense control. Since anyway both mean control the Acharya himself, in the beginning of his ‘shhaTpadI stotraM’ goes against traditional usage and uses ‘damaya manaH’ where he wants to say ‘control the mind’ and uses ‘shamaya vishhaya mRRiga-tRRishhNAM’ where he wants to say ‘control the senses that run to the mirage of outside sense objects’.

The Prakarana works of the Acharya are unique in describing the advaitic experiences. One can also get from them the rationale and procedure of SAdhanA regimen in a systematic way.

On the other hand when we want to get at the siddhanta (conclusion) by analysing the pros and cons of Vedanta, we have to give weight to his Bhashyas. And we may be surprised to note that in these very Bhashyas he has sometimes interpreted shama and dama in a way contrary to their traditional usage!