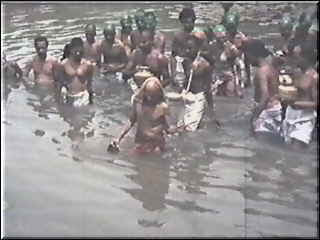 In Viveka Chudamani a little later (#76 or 78, depending on what reading you are using) these five senses are shown to be the harbinger of all evil.

“The deer obtains its ruin by the sense of sound through the ear (Hunters play the flute, the deer gets charmed by the music and stands still; that is when it is caught).

The elephant reaches its ruin by the sense of touch through the skin (The he-elephant is caught when he forgets himself in the pleasure of contact with a she-elephant, already known to him and now lured into his track).

The moth meets its death by sensing the form through the eyes (Does it not burn itself by being attracted by the form of light-flame which deludes it?).

The fish meets its ruin by the sense of taste realised by the tongue (The bait of the fisherman is the worm that prompts the fish to taste it and gets caught).

The bee meets its ruin by the sense of smell (The smell of the champaka flower attracts the bee and it goes and sits inside the full blossom of the flower; when the flower petals close up the bee still remains there, being enchanted by the smell and that is when it dies, starved of fresh air).