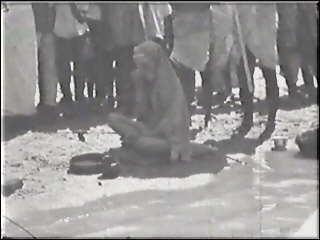 It is because of this importance of mental control and discipline that SAdhanA regimens talk first of shama and dwell on dama later.

Of course an objection may be raised: “If shama is achieved then automatically dama is also a part of it; so why has it to be dealt with separately?”

The complete control of the mind – what is also called the ‘death of the mind’ (*mano-nAshaM*) occurs only almost at the last stage.

We are here talking about the penultimate stages. Of course one has to try to control the mind right from the beginning. But the attempt at such control will only succeed temporarily.

The moment the eyes see a tasty dish or the nose smells something familiarly pleasant, all discipline goes to the winds. The legs take you to the dish, the hands grab it, and the mouth begins to chew it.

Thus even the mind was having a little control of itself, the senses perceive the sense object and that starts a yearning and that does havoc to the control of the mind.

Until we reach a spiritual height, our mind behaves like this – that is, controlled when the sense objectrs are not in the perception-range of the senses, and losing control when the senses ‘sense’ the objects of temptation.

Those are the situations when the ‘eyes’, ‘ears’ ‘nose’, ‘legs’ ‘hands’ etc. have to be imprisoned and bound. This is why, ‘dama’ is mentioned as soon as ‘shama’ is mentioned.