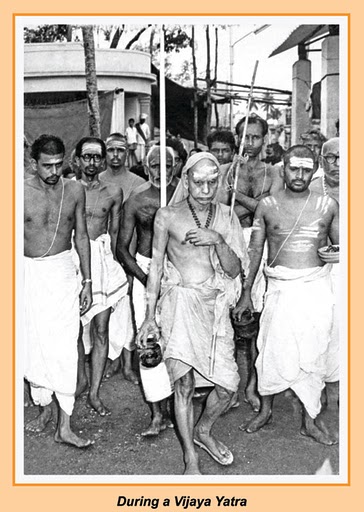 (Continued...)
The word ‘Existence’ is still more dry and metaphysical and appears to refer to life itself as inert.

It is the word ‘Life’ that indicates a living that is ticking and the word itself has a poetic element in it.

The word itself has life and so what it represents also broadcasts the JIva-essence.

Similarly with the word ‘svarUpa’.

Mainly to make us understand that Atman is full of life, not a dry principle, the Acharya has prescribed mumukShutA for the *svarUpa-avabodha* (awakening to one’s own natural state) and, after that awakening, bhakti for the relationship of love of that *svarUpa* and the continued mental communion (anusandhAnaM) with it.

Thus in both places the Acharya uses the word *svarUpa*.