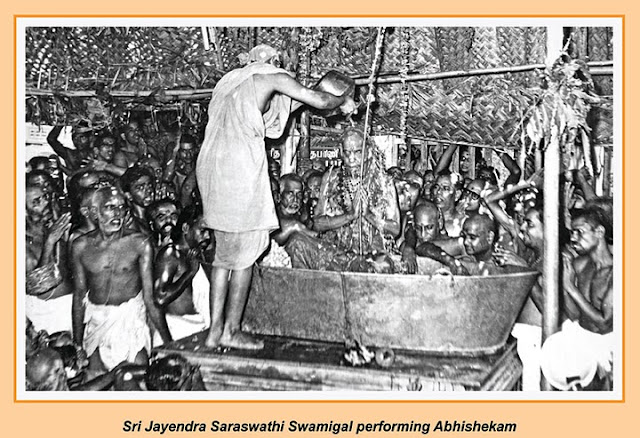 (Continued...)
When such an Atman-awakening is imagined, one should not think of it as just an abstraction, but conceive it as a living principle.
And then lay down this little soul to That; having got to this state, thereafter the continuance of that same bhAva is bhakti.

It is like waking up after sleep; after the awakening, next comes the setting up of a relationship!

Even the relating should go and give place to the relationship which keeps the goal of an identification!

Do not have any notion (of the Atman) this way or that way.

Whatever it is in reality let it show, let it take over.

Keep only a watch. Don’t give attributes to it like sat, cit or infinite.