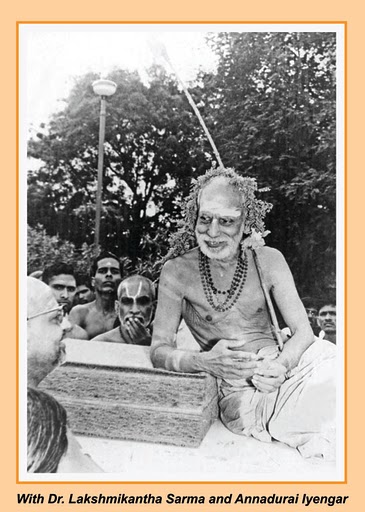 (Continued...)
In Vivekachudamani itself the Acharya has made this explicit in another place.

He doesn’t talk of it as his opinion alone.

He says the commandment of the Veda itself is this: (Shloka 46/48)

A basic shraddhA, over and above it a mix of Bhakti yoga and dhyAna-yoga – which means dhyAna yoga in which the Bhakti attitude is imbedded - this is what leads to mukti for a mumukShu.

Thus says the Veda itself.