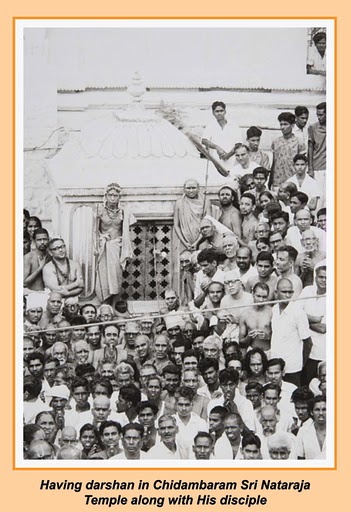 It is not only in Vivekachudamani that the Acharya has talked about Bhakti as an ‘antaranga SAdhanA’ of jnAna.

Even in Brahma-Sutra-Bhashya he has said the same thing. Why did I say “Even in”?

Among the various Bhashyas, expository works and stotras in the name of the authorship of Acharya, there are many questions raised about whether it was he who wrote it.

Though people ask such questions of one another, one thing that all of them unanimously agree about is his authorship of Brahma-Sutra Bhashya.

Further, among all his works on advaita shAstra, it stands at the peak.