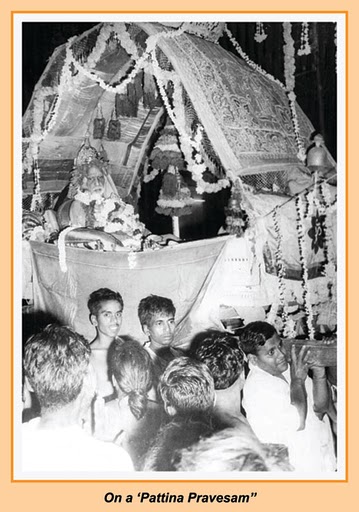 (Continued...)
Right now he is being fair to the other opinion-holders who say it is not ‘sva-svarUpaM’ (one’s own natural Self) but ‘svAtma-tattvaM’ (the principle of one’s Atman).

What is the difference?

All along we have been saying ‘Love’ ‘Life’ and ‘Warmth’ .

In contrast the other opinion-holders contend that, keeping the Atman as an abstract principle, continuous reflection on that principle (tattva) is Bhakti.

They do not hold the Atman, the goal, to be a living entity worthy of being loved, nor do they hold the sAdhaka as a soul who dissolves in that universal Soul; instead they hold that Bhakti is the continuous thinking of that philosophical principle.

One may ask: “When they do not agree with the relationship with something that is living, how can they say that this thinking of a principle is bhakti”.