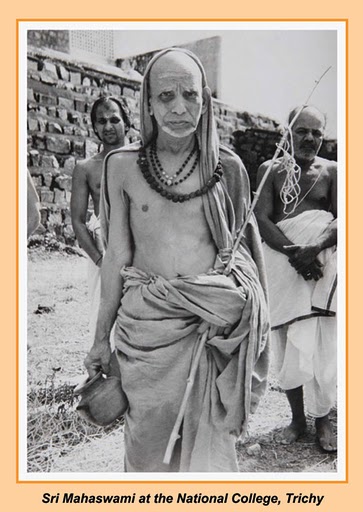 In the case of the intellect also this is what we did.

In the same way here also, to say that one should do ‘anusandhAnaM’ on the Nature of the Atman, is only to mean that the ‘anusandhAnaM’ (being in continuous union with the Atman) is of the thoughts about the Atman.

This anusandhanaM begins well before sannyAsa. But it is further strengthened and deepened after sannyAsa and in due course the sAdhaka gives himself up totally, and the Atman alone shines thereafter.

Continuous fusion or merging is certainly the Bhakti out of Love.
(Continued...)
Posted at 9:45 AM