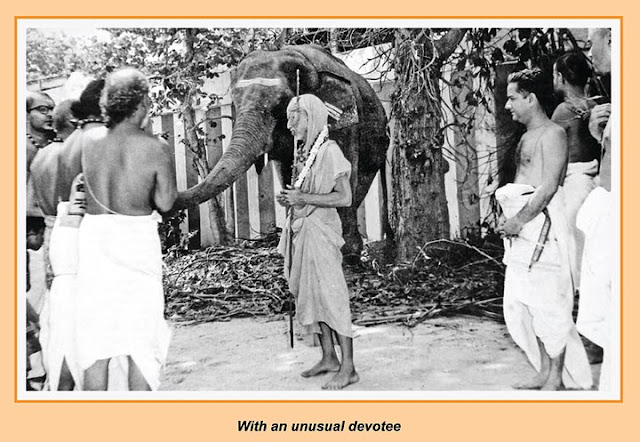 Bhakti of the path of JnAna, enunciated by the Veda itself.

In the path of jnAna the direct SAdhanA that finally takes you to the destination is called ‘nidhidhyAsanaM’.

It is also considered as belonging to dhyAna-yoga.

When considered like that, it is thought of as continuous reflection on the tattvaM, without the notions of life, relationship, etc.
But it is not so.

It has to be practised only as dhyAna-yoga in which the bhakti yoga of self-surrender through a relationship with the Universal Life is imbedded.
(Continued...)
Posted at 9:45 AM