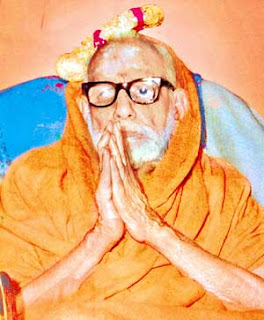 There is Vedic authority for this. Also in the ShrI sUkta the form of ambaal as Lakshmi who resides in the heart-lotus is mentioned as manifesting in the vowel ‘I’ and the surrender is made to that manifestation.  Note that one of the many sanctities of the word ‘ShrI’ is derived from this.

Thus the first word of of the first  shloka, though it begins with Shiva is actually a propitiation to the feminine Shakti. For, from the word ‘Shiva’ if we remove the vowel ‘I’  and bring the consonant ‘sh’ to its first position ‘sha’, the word becomes ‘shava’ meaning ‘a dead body’ ! Thus the word ‘shiva’ gets its life from the vowel ‘I’ , which is the seed letter for Shakti. Also note that the popular word for ‘saguNa-brahman’ in Vedanta is ‘Ishwara’, which begins with the sound ‘I’. This is quite in accordance with its role as the dynamic active Lord who takes care of the creation and propels the entire universe.