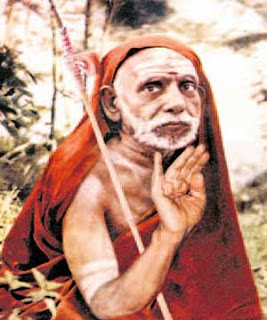 
It is the same paramAtmA who became the three members of the Triad for the discharge of the three functions of Creation, Sustenance and Dissolution. For all the three functions the power source is ambaaL, the parA- Shakti. It is the explicitly expressed power of Brahman. So we may call it para-brahma-Sakti. It is not only the power for the Triad but it is the power source for the entire universe of the animate and the inanimate. By calling it  para-brahma-Shakti,  let us not think it is different from para-Brahman itself. For, when the Shakti of an entity  is separated from it, whatever  it be, the very fact of its being that entity is lost.

To give a mundane example, a ten-horsepower motor loses the very fact of motorship if the horsepower is taken away from it.  Therefore the para-brahma-Shakti is  para-Brahman itself. But the  para-Brahman can also remain in itself without ‘exhibiting’ or ‘exploiting’ or ‘manifesting’ its power. When the paraBrahman  so rests in itself by itself as itself, it is known in shAkta parlance as ‘ShivaM’.