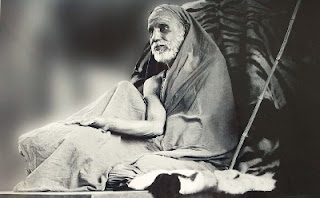 Now let us come to the word ‘spandituM’. The hara-rudra has been assigned the duty of samhAra, this is a ‘full duty’, so to say. On the other hand, the Shiva that is the absolute Brahman has just been ‘moved’ - moved from within!  This movement is the ‘spandanaM’. The ShivaM was like a calm, ripple-less, vibration-less peaceful lake; and in that lake, the first ripple, the first vibration, the first movement  took place in the form of ‘kAmaM’.

The agent for this was the cit-Shakti of Brahman itself. She, the cit-Shakti, not only became two, namely the willing power  (icchA- Shakti), and the acting power (kriyA-Shakti), but made the  icchA rise in Brahman itself and this ‘making’ was itself Her first act of creation!