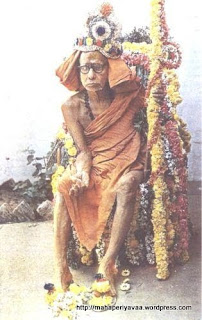 There are two statements. One says: Even Shiva, only when united with you, Oh Shakti, is able to monitor the whole world. And the other statement says: The Triad formed of  Hari, Hara and BrahmA
worship Shakti.  Both these statements are contained in the 1st shloka.