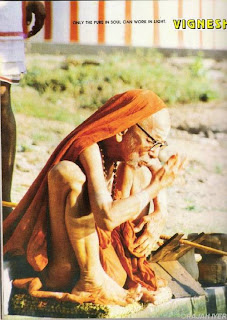 
In Kashmir Saivism this internal  spandanaM is emphasized very well. Though we call it Kashmir Shaivism, the propagators of that philosophy did not give it that name. ‘Trika-shaivam’ is its name. For it
focusses on three principles; pashu, pati and  pAshaM.  ‘pratyabijnA-shAstra’ is also another name for the same.

To know the fact that Shiva principle is Atman is pratyabijnA. The literal meaning of ‘pratyabijnA’ is ‘to know a thing truly as it is’. Another name for this school of philosophy is ‘spanda-shAstra’ !